DAET, CAMARINES NORTE – About a hundred  pineapple growers, traders, representatives from the academe and LGUs from the municipalities of this province actively took part in the Public Consultation for the Development of Explanatory Brochure for Fresh Pineapple held at the Villa Mila hotel here on October 4, 2018.

Rodel Panganiban of the Bureau of Agriculture and Fisheries Standards said “Masyadong teknikal ang PNS that’s why we came up with a brochure to have a uniform interpretation of the standards on pineapple  among DA, LGU, farmers, traders, processors, academe, quarantine and phytosanitary officers.

Dimalauan presented the 36 pages draft of explanatory brochure on pineapple which focused on two major varieties of the country. The  Cayenne pineapple which is generally planted in Laguna, Cavite and Davao as well as the areas managed by multinationals (Del Monte and DOLE) in Bukidnon and South Cotabato respectively. And the Queen pineapple or Formosa which is generally planted in Camarines Norte and Southern Leyte.

The brochure contains the scope, minimum requirements, classification, provision concerning quality and size tolerance. It was prepared by the BAFS in collaboration with a technical working group composed of representatives from the UP Los Baños, Agribusiness and Marketing Assistance Service (AMAS), Agricultural Training Institute, Bureau of Plant Industry, and private sector.

The said brochure was presented and reviewed during consultations conducted previously in Iloilo City, Cagayan De Oro City and General Santos City. Comments gathered during those consultations were carefully evaluated and included in the final version of the brochure.

In Bicol region, the public consultation was called by the BAFS and the Camarines Norte State College (CNSC) after the latter has completed the draft of the ordinance entitled “An Ordinance Implementing the Queen Pineapple Grades and Standards for Trading in Camarines Norte” to strengthen the implementation of the Philippine National Standard for Pineapple in the province.  The passing of this ordinance will secure the implementation of grading standards for pineapple set by BAFS through the PNS and will also safeguard the welfare of the farmers as well as the future of the entire pineapple industry.

The draft ordinance was based on the DOST-PCAARRD funded study entitled “Evaluation of Queen Pineapple Grades and Standards and Assessment of Implementation and Compliance in Cam. Norte as Basis for  Policy Reforms and Formulation.“ It is being conducted by the CNSC with Dr. Maria Cristina Azuela as project leader.

With the influx of different commodities from the ASEAN countries as a consequence of the ASEAN Common Market implementation in 2015, product standard and safety are major concerns in both domestic and export markets. The Good Agricultural Practices (GAP) being strongly advocated by the DA should be considered by our farmers to be competitive in the ASEAN free trade.

DA Bicol Regional Technical Director for Research and Regulations Dr. Edgar R. Madrid underscored the importance of the consultation as it will prescribe the standards for pineapple, promote transparency and quality in the farmers’ produce and ultimately improve the market for the commodity. He encouraged the farmers to voice out their concerns and contribute to the development of the brochure.  (Lovella P. Guarin) 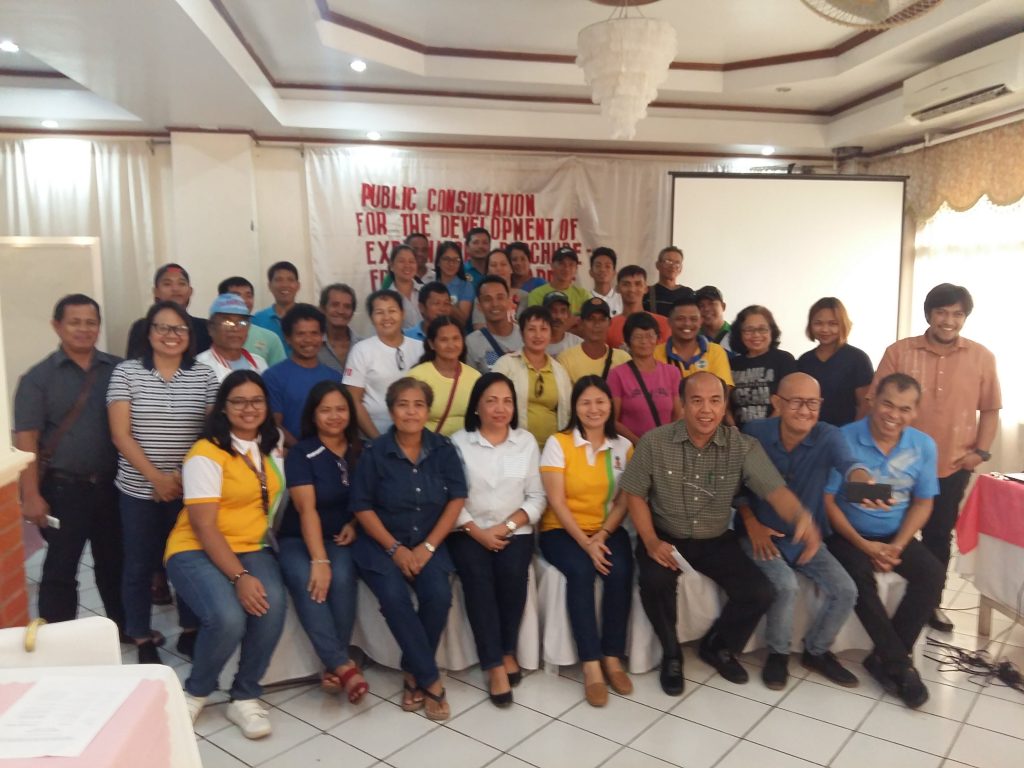